What to avoid after winning? 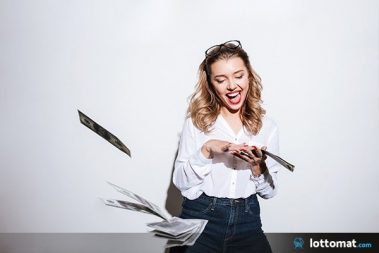 There are three cues that allow to tell that someone has just won millions in Powerball or Eurojackpot over the Internet. Beware of them so that you can protect yourself, your family and recently claimed money from those into other people’s property who would gladly borrow assets from your account for an indefinite period. Plus it will make you a happier person in general.

Just stay quiet. Only tell about the winnings to those you really trust and who won’t spread the news further. If it means having to be quiet around your family – tough luck. Trust us, that’s for the best. Babbling about it on the Internet or at work probably doesn’t even have to be explained. Unfortunately – most of cases of conning lottery winners actually arises from them failing to be quiet about winning.

And besides – remember that money changes people. If somebody finds out that you have won in lotto over the Internet, they might show their worst. That’s sad, but history confirms that it is true.

Live the way you have before

Winning the lottery changes lives. That’s for sure (it’s too bad I can’t say something like that about myself, as I have only ever won 21 zloties…). That doesn’t mean you can become somebody else overnight, start wearing gold and move to an exotic island or luxurious mansion from your one-bedroom apartment.

It is also the best if you don’t quit your job – especially that you’d probably miss it anyway. To put it bluntly – don’t show off with your wealth. Of course the purpose of having money is to spend it, but the salary of a teacher, policeman or salesman, or even a chairman is not really enough to buy a villa with a swimming pool on a several-dozen acre property right next to a national park and pay with cash.

It might help you if you realize that those who have used their winnings in such irresponsible way sink to the very bottom after few years. Which means that’s not the way to do it.

Money makes you dumb. I wouldn’t mind getting dumber from them myself, but that’s not the point here. People who have won millions believe that they have it made now. So they stop investing in their own improvement. And that’s where it turns out that money can’t buy happiness, because by stagnating intellectually you become a hollow husk.

Not to mention that if suddenly you stop caring about everything you’d want for yourself, it’s a clear sign to those around you that something is wrong. Maybe it’s depression? Or not, seeing how depressed people don’t buy themselves a new car and a golden watch. So here’s another simple advice: remain yourself and remember that winnings are a lot of fun but they won’t replace intellectual or spiritual stimulation.

At least one of your lines is not properly filled in. Do you want to proceed without incorrect lines?

You have chosen too few lines. The minimal amount for this lottery is %1s lines! Do you want to quick pick the lines for you?

You have chosen a wrong amount of lines. The chosen lines count should be a multiple of %1s. Do you want to quick pick the rest of the lines for you?

You need to choose at least 0 lines for every 0-lines ticket!