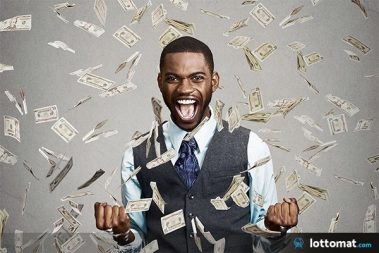 You have won too much? You enjoy being in the spotlight? If the answer is two times yes, you don’t have to worry anymore. EuroMillions, Lotto UK, Eurojackpot and Powerball will be a great beginning of an adventure that will keep you on everyone’s lips for a long time, we will give you our advice on what to do with winnings.

Tesla instead of Maybach

Changing cars after winning is an absolute must. Don’t buy a Maybach or Bentley, though. Get yourself a Tesla. Better yet, set it on fire right after the purchase. 10 out of 10 firemen say that it will be a pure nightmare to them. Making the optimistic assumption that you even manage to charge this car while in Poland, you will also have extra fun by watching the fire department take the only reasonable plan of action when it comes to putting out burning electric cars: keeping everyone at distance and waiting for the car to burn down completely, hoping that it will get to the end relatively trouble-free. If you still have any money left after pulling this off three times, it means that you didn’t pick models expensive enough for your tests.

In theory, it might be possibly just a year or two from now. How it will turn out in practice, however, is something nobody knows, and hardly anyone even bothers to make guesses. Well – this attraction doesn’t sound this bad to be honest. After all it is an experience, forget the pun, out of this Earth, but remember that the waiting lines are longer than to an endocrinologist, so there is no guarantee that you will get there (and it’s not very likely you’ll get your down payment back). Which gives us another idea – how about buying yourself a medical clinic? At least you’ll get a pool position! We’ll just add that just flying there is passé these days. You should rather think about bringing your friends along for your spaceflight and throwing a wild party there. Be careful though – don’t let your pilot drink, because who knows where you’re going to end up landing.

It doesn’t take a lot to buy yourself a football game. But for the Polish national team to win something at least on the European level, that would take more than just buying a game. You would also have to buy the other team, because it’s not like anyone would lose against Pole on their own accord, and I don’t think we could force them to do that. Buying a football team, though, is a thing that is sometimes considered – even just as purchasing a “company”. Not everyone can be Abramowicz, though. It remains a fact, though, that a company like this works by very odd rules and using it to make money the honest way is just about as possible as being honest in politics. Wait, scratch that – everything is actually more likely than that. Which means it will actually be wiser to just buy yourself season tickets to football games.