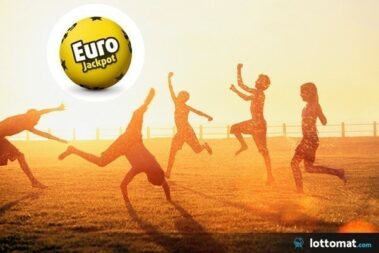 In March, the EuroJackpot will undergo significant changes.

New Eurojackpot rules – Euro jackpot will undergo significant changes in March. There will be a second weekly draw, larger jackpots, and a change in the number of numbers from which you can choose.

The game has been updated to commemorate Eurojackpot’s tenth anniversary, with the new rules taking effect on Friday, March 25th. Learn more about the upcoming changes.

The new draw day is Tuesday, giving you two chances to win the multimillion-euro jackpot each week. Since Eurojackpot began on March 23, 2012, there has only been one draw per week, but you will no longer have to wait seven days for the next chance to play.

The rules of Euro jackpot will largely remain the same, with five main numbers from 1 to 50 and two Euro numbers to choose from. However, instead of 1 to 10, you will now be able to choose your Euro numbers from a range of 1 to 12. The odds of winning prizes in each of the 12 categories will be affected as a result of this.

For example, the chances of winning the jackpot will increase from 1 in 95,344,200 to 1 in 139,838,160. While there may be a few fewer winners, a minor adjustment in the percentage of prize money distributed to each tier is expected to result in higher payouts on average in all categories.

The maximum jackpot will be raised from €90 million to €120 million, potentially setting a new record for the largest-ever jackpot win later this year.

Over the last ten years, the current jackpot cap of €90 million has been reached multiple times. It happened for the first time in May 2015, when a man from the Czech Republic won, and it happened again in August 2021, when players from Finland and Poland split the prize.

The jackpot will be €30 million higher than it has ever been under the new rules. It will have to be capped at €120 million after that. When the new cap is reached, the same system as before will apply, with additional funds going to the Match 5 + 1 tier. If necessary, the second category will also have a limit of €120 million.

The entry fee will remain the same, allowing you to win larger prizes twice a week without having to pay more.