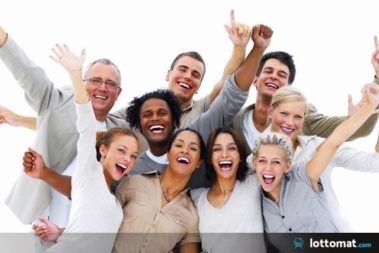 EuroMillions results is the most interesting information related to the game for every player. Of course, in order to learn whether you are a winner or not, you should know the results of the drawing as well as the winning numbers. Yet, it may be useful for you to know that winning numbers can be used for creating your own lottery strategy too.

In order to prepare a strategy for the next drawing, you can use the EuroMillions results which were drawn during several previous games. Hot EuroMillions numbers are 9, 17, 27, 1 and 29. They were drawn four times during the last twenty drawings. What can you do with these numbers? You can fill your ticket with all of them or choose only one in order to create your own combination of numbers. It is high probability that these numbers will be drawn once again in the next drawings.

You can also use cold numbers which are the most rarely picked numbers on EuroMillions. Do not think that it is strange to use such numbers while playing a lottery as the winning numbers are changing all the time and the next drawing may have the winning numbers out of the group of the cold EuroMillions numbers. Thus, such numbers as 31, 33, 34, 28, 26, 14, 5, 2, 35, 25, 44, 41, 40 and 38 were picked only once during the last 20 drawings. Of course, you should check the current cold and hot numbers in the Internet since they are changing all the time. Remember to check the EuroMillions results regularly. 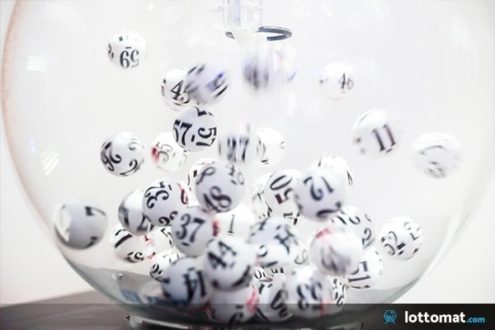 It is also important for you to know what your chances of winning on EuroMillions are. The overall EuroMillions odds of winning on this game are extremely high especially in comparison to the odds of winning of other world lotteries. Thus, your chances of winning are 1 in 13. In addition to it, it is crucial to remember that there are 13 prize tiers on EuroMillions which means that you will be able to get your prize even if you do not win a jackpot. According to the statistics, an average second-tier prize is €455,172.95 which is practically half a million euros! Moreover, if there are no jackpot winners in five consequent drawings and the prize has already reached its maximum amount of €190,000,000, it is divided among all the winners of a second-tier prize which means that you will get even more without picking all the seven EuroMillions numbers correctly! Just check the EuroMillions results and you will see that there were many cases in which a maximum jackpot was transferred to the second-prize pool.

The History of EuroMillions

It is really difficult to find a fan of numeric lotteries who doesn’t know such a lottery as EuroMillions. Would you like to learn the history of this fantastic game? Then, read this article and you will learn a lot of new information!

The EuroMillions lottery has existed since 2004. Its first drawing was held on February 13, 2004. Then, only three European countries took part in the game. They were UK, France and Spain. The first jackpot was also won on that day. It was equal to €15 million and was given to a French player.

The lottery quickly attracted the interest of other countries and the tickets for the drawing planned for October 8, 2004 were sold in several new countries. Then, Austria, Switzerland, Portugal and Luxembourg joined the game. As far as you can see, new places where to play EuroMillions occurred.

You probably know that nowadays the maximum amount of a EuroMillions jackpot is €190,000,000. The winners of a second-tier prize get a jackpot in case the greatest prize is not won by any player during four consequent drawings. This rule was introduced to the game on January 20, 2006, yet, initially, the maximum jackpot was added to the send-tier prize only after 11 rollovers. Still, the jackpot cap of €190 million was set only on July 12, 2011.

Is there a EuroMillions draw today? Certainly, there is one if it is Tuesday or Friday today. Nevertheless, there had been no EuroMillions drawings on Tuesdays before May 10, 2011. There was only one drawing a week for seven years. It is also interesting to know, that there was one more change in the game on that day. Two additional Lucky Stars numbers were introduced to the game which changed the entire pool of lucky numbers to 11. How many EuroMillions combinations are there today? The last Lucky Stars number was added to the game on September 24, 2016. Thus, the pool of the Lucky Stars numbers includes 12 numbers, meanwhile the pool of the main numbers include 50 numbers.

There was a peculiar promotion organized on December, 2011 which was called Millionaires Month. 50 prizes of €1,000,000 were given to the lucky players during this promotion.

During its fascinating history, EuroMillions encountered quite an untypical case. A jackpot-winning ticket was purchased for the draw held on June 8, 2012. The owner of this valuable ticket could have received £63.8 million. Yet, the holder of the ticket didn’t claim the prize and the ticket expired on December 5, 2012. A similar situation took place in 2013, when a winner of a special edition of the lottery called Year Millionaire Raffle won £12 million and failed to claim the prize. Today Millionaire Raffle is called Millionaire Maker. Check the EuroMillions results.

The Most Frequently Asked Questions about EuroMillions

Are you planning to play EuroMillions, although you have several questions or doubts? Look through this list of the most frequently asked questions about this numeric lottery and learn all the information you need!

Where can I play the EuroMillions lottery online?

You can play EuroMillions on special websites which are offering services of purchasing lottery tickets online. For example, Lottomat.com is such a webpage. You can get your EuroMillions ticket here in a comfortable and safe way. On Lottomat.com you can also keep track of the Euromillions results.

How much do the EuroMillions tickets cost?

How to play EuroMillions?

In order to play EuroMillions, you should first choose the way of purchasing your ticket, since you will need to choose your lottery numbers in the same place where you are shopping for your ticket. For instance, if you are shopping for a ticket online, you will be able to choose the numbers on your own or with a help of a random number generator. When you decide which numbers you would like to play with, you will be able to choose a drawing. The next step is paying for your ticket which can be carried out with the help of several payment methods. Remember, you need to pick five main numbers and two additional numbers called Lucky Stars on this game. If you are wondering how many EuroMillions numbers are there, you should know that the main group includes 50 numbers and a pool of Lucky Stars has 12 numbers. You can check the EuroMillions results here.

What countries take part in EuroMillions?

For the time being, there are nine countries participating in EuroMillions which are Portugal, Austria, Luxemburg, France, Ireland, Great Britain, Switzerland, Spain and Belgium. Yet, an online game is available to people from other countries as well.

How old should I be in order to be able to participate in EuroMillions?

General minimum age requirements for participation in this game are 18 years. Yet, you should check the requirements of your country of residence, since these regulations may differ. For example, in UK you are eligible to play lottery games if you are at least 16 years old.

What are the odds of winning the main prize on EuroMillions?

How big is the second prize on EuroMillions results?

How big is the greatest winning on EuroMillions draw?

How big is the smallest winning on EuroMillions draw?

What are the additional EuroMillions prizes? 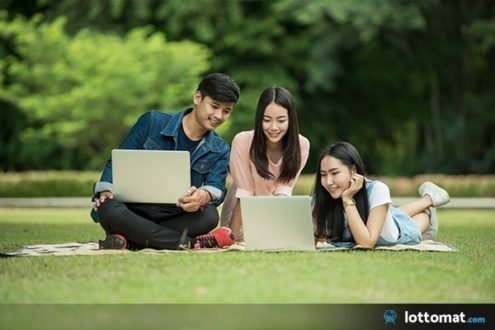 When are the EuroMillions draw held?

There are two EuroMillions drawings a week. The first one is held on Tuesday and the second one is held on Friday. The drawing time is 21:00 CEST. Right after that you can know the Euromillions results.

Where to watch a EuroMillions results?

The channels transmitting EuroMillions draw are different in the countries participating in this lottery. Thus, you can watch the drawings on ORF2 in Austria, on La Une and VRT Een in Belgium, on TF1 in France, on RTE One in Ireland, on Tele Letzebuerg and RTL Lux in Luxembourg, on TV1 in Portugal, on TVE2 in Spain and on RTS Deux in Switzerland. You can watch the drawings online in UK and any other country.

How much time do I have for claiming my prize on EuroMillions?

How can I win on the EuroMillions lottery?

In order to win on the EuroMillions draw, you should match five main numbers and two Lucky Stars numbers. In such a way, you will be eligible to receive a jackpot.

What are the hot and cold Euro Millions numbers?

What are the differences between a lump-sum cash payment and annuity option?

The Greatest Winnings on EuroMillions

Are you thinking about joining the game of EuroMillions and would like to learn what EuroMillions payouts are? Then, you should definitely look through the information about the most notable wins which took place on this game. Find out how much you can gain with EuroMillions! Check the latest EuroMillions results. 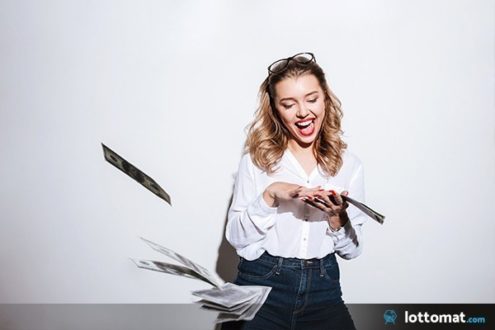 The greatest jackpot which can be won on EuroMillions is €190,000,000. This fantastic amount of money can be acquired by several players if there is more than one lucky player during a drawing. Furthermore, providing there are 5 drawings without a winner of a first-tier prize equal to the maximum jackpot, this amount will be shared by all the players who win a second-tier prize. Thus, you can see that fulfilling your dream of becoming a winner of a jackpot on EuroMillions is quite real.

Beyond a shadow of a doubt, you are thinking about all those EuroMillions winners who have gained the greatest prize. Then, you should know that there have been several of them. The most recent date on which a first-tier prize equal to €190,000,000 has been won was October 6, 2017. This jackpot was gained by an anonymous holder of a ticket sold in Jinámar (Las Palmas de Gran Canaria). There was one winner of this prize.

The same prize was won on October 24, 2014 by one player who had purchased a winning ticket in Castelo Branco. The greatest EuroMillions jackpot was also gained by Adrian and Gillian Bayford of Haverhill, Suffolk on August 10, 2012.

Of course, there were many other spectacular jackpots on EuroMillions results. For instance, on June 25, 2013 two winning tickets from Belgium (the ticket bought in the Dublin region) and Ireland (the ticket purchased in the province of Limburg) gained a jackpot of €187,937,614. Two people in France and one person in Portugal bought tickets with winning numbers which brought a fantastic jackpot of €183,573,078 to them on February 3, 2006. Each winner received €61,191,026.

These were only several examples of the greatest prizes which can be gained while playing this lottery. EuroMillions results are able to surprise. You may also be interested in learning the facts about the real cases in which the winners of a second-tier prize got a jackpot. One of such situations took place on November 17, 2006 when a jackpot was equal to €183,109,057. Since there had been no winners of a jackpot during several drawings, this amount of money was divided between 20 people. There were winners from Britain, France, Spain, Portugal, Ireland and Belgium among them. Each player received €9.6 million.

Now, you can see how big the EuroMillions results and winnings are. Do not waste your time and get a ticket for the next draw!