Is it possible to beat the system? Somebody has the greatest lottery fraud 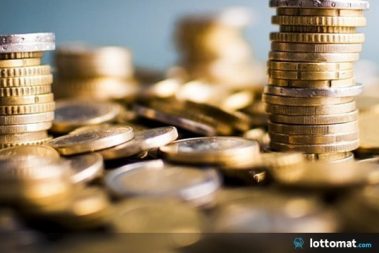 The thing about games of numbers is that you can’t cheat the system. That’s because this system is blind fate. Of course there is no shortage of those who keep trying. And even though all of the systems of playing lotto are worth exactly the same, which is nothing, there is a way to beat a lottery. Here’s the story of the greatest lottery fraud in history.

The case would probably never have seen the light if it wasn’t for someone not claiming their winnings in the American Hot Lotto. The lottery’s hosts kept waiting, picking up dozens of phone calls from people claiming they had lost their winning tickets, but nothing came of it. All they knew was that the ticket was filled out by some man at one of the gas stations in the state of Iowa. The CCTV footage was even enough to read the ticket’s serial number. After almost a year, the telephone rang. This time it was a lawyer, except he wasn’t the owner of the ticket. He represented the client, however, and knew the correct serial code. Unfortunately – the client wished to remain anonymous, which wasn’t allowed by the state law. Everything indicated that the winnings would remain unclaimed. The police was curious, though, who was it that was willing to make their privacy worth more than 16 million dollars.

For more than 20 months, investigators from the state police together with FBI were looking into different threads and they had checked over a dozen different clues. Nothing came of it. They weren’t able to come to any meaningful conclusions. Eventually, though, they reached the Multi-State Lottery Association and its worker Eddy Tipton. He was a party animal, sweetness and light, someone people genuinely like having around. Or at least he used to be until it turned out that the drawing system he wrote for a lottery didn’t actually guarantee a random distribution of the results. Tipton had modified the code in a way that allowed him to predict the results which he had been doing for quite some time. He had never hit the jackpot before, though, and only limited himself to lower amount frauds. He had also always used other people as proxies in his schemings and – if his lawyer is to be believed – had only made 350 thousand dollars this way.

Where the truth lied was something that couldn’t be determined beyond any doubt. The judge, however, wasn’t so interested in determining the circumstances of each fraud separately. Over the several years of investigation, enough evidence had been collected – together with a modified snippet of the software’s code – to sentence Tipton to 25 years in prison. There was no higher sentence that could be given for his frauds.