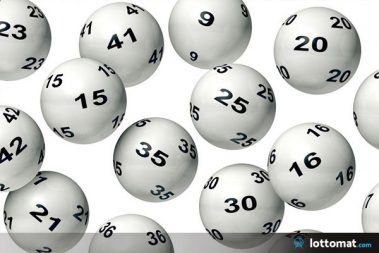 Games of numbers and of chance have an incredibly long history. Although the oldest documented case dates back “only” 2300 years, it could be reasonably assumed that people gambled much earlier than that, if not for money then certainly at least for fun. Here is a brief history of lotteries.

In ancient China it was popular to play different games of chance. In most cases, though, they were of a typical entertainment nature. The above mentioned game from 200 BCE was reminiscent of present day’s Keno, and the rulers used the revenue from ticket purchase to improve the country’s condition. The records don’t mention much about the winnings, but logic dictates that they must have been attractive or else people wouldn’t be motivated to participate in the lottery.

The first truly well-organized lottery was hosted by the Dutch in 1726. It is worth noting that the game survived to this day, although obviously both the arbitration method and the game system itself have changed a little. The Dutch, however, didn’t just come up with their lottery like that. They were inspired by Benjamin Franklin’s idea of 1700, when lottery revenues were used to finance military spendings. In the second half of century, the French created a state lottery monopoly. It wasn’t very reminiscent of today’s games, though, for one thing because the availability of tickets was limited. There was also a one of a kind phenomenon that occurred as a result – the market god wiped clean of other games that were hosted by city authorities or private parties.

The French started building their monopoly in late 1700s. Meanwhile in other countries – both in Europe and in America alike – lotteries were still mostly private. And because they utilized paper tickets, it was very easy to cheat. The scale of corruption was so large that Americans were even going to ban gambling (those Americans seem to be very fond of prohibitions).

The project got dropped, but then it got copied in Canada. That was when it turned out that stripping the government of the lottery revenues would hurt someone. In this case it just happened that it hurt (which is interesting) the clergy. All because the state already subsidized the church back then, and in Canada the funding for that actually came from lotteries. Eventually, though, the Americans decided to introduce a nationwide ban as well. It didn’t happen until the turn of the 20th century, though.

Gambling existed in Poland as well, anyway, the problems were similar (maybe expect for the corruption part, as it was unfathomably enormous), and it took state monopolies to solve the problem, although they didn’t always provide full safety, either.